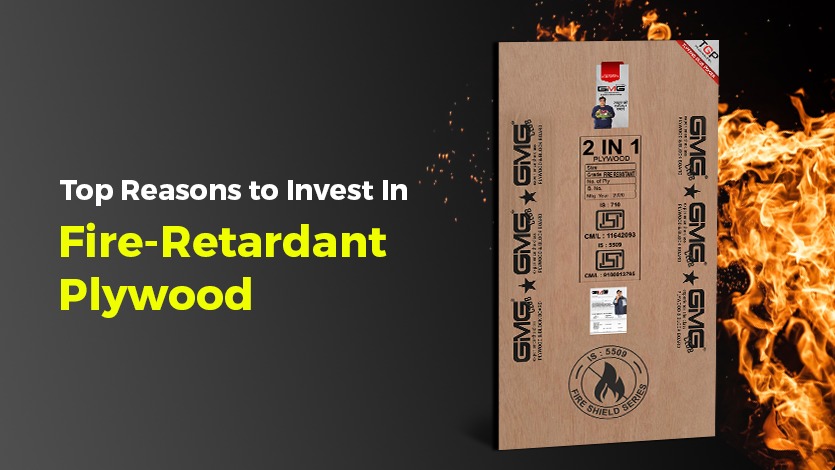 Over the last few years, people have become more concerned about their and their family’s safety in their own homes. Even the government has responded to this by making it a priority.

Hence, it becomes important on the end of the architect as well as the interior designer to provide a healthy and safe environment for residents to make use of fire retardant plywood in the latest construction and renovation projects.

Today, in maximum cases, homeowners are more inclined to emphasize utility and aesthetics. This involves many ideas that go into the building of walls, flooring, furniture, fixtures, and lighting.

But do you really ponder about your abode’s safety? Are you confident enough that your home is completely safe against unwanted untimely mishaps, especially the most common one of which is fire? This is where the plywood dealers emphasize on the importance of fire-retardant plywood. Without further ado, let’s understand the importance of fire-retardant plywood.

If not by fire, one is likely to die by smoke and further suffocation. Smoke is a terrible fusion of CO and CO2 and its inhalation is the major reason for deaths related to fire accidents. Smoke contains several toxic gases leading to suffocation and choking, thus deterring the evacuation process. If you install fire retardant plywood, stay assured that it will produce lesser smoke than conventional wood. Additionally, the chemicals used are non-toxic and water-based.

Diminishes the spread ability of fire

Fire-retardant plywood forms a thin layer of protective char as soon as it gets in contact with fire. Not just that, this plywood serves as a mild flame retardant, char has an insulating effect on the wood’s outer layer, thus, it’s way harder to ignite. In addition to all, fire retardant plywood prevents flames from spreading to other surfaces caused by non-combustible gases and water vapor. Therefore, the flame travel rate is further slowed, and hence, a reduced combustion speed.

Offers enough time for the victims to flee

Fire retardant plywood retards the flames from spreading along with the flame penetration possibility for a while. This allows people to get some extra time to get out of danger well before the plywood walls catch fire completely to transform into ashes. Also, the emergency response teams get adequate time to assist and evacuate the people stuck inside the building in cases of fire or control them timely.

The best plywood manufacturers in Yamunanagar suggest the use of fire-retardant plywood to maintain structural integrity in the event of a fire. This ultimately will also result in lower insurance rates and hence, reduced repair costs. Undoubtedly, it is the various fire-retardant plywood properties that make it the absolute choice for homes, offices, or restaurants where chances of fire are high.